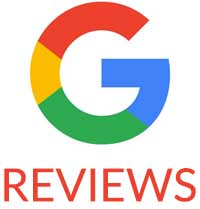 We use cookies and similar technologies to recognize your repeat visits and understand your Service preferences, which enables us to provide you with improved services. To learn more about cookies, including how to disable them, view our Privacy Policy. By clicking “Accept” on this banner, you consent to the use of cookies unless you have disabled them. Privacy Policy

Servicing Cape Canaveral and all of Brevard County.

If you’re interested in living on Florida’s Space Coast, Cape Canaveral offers a wide breadth of things to see and experience, close proximity to modern amenities and fantastic attractions, and the comfort of living right on the beach.

Cape Canaveral is also an ideal location for lovers of American history. Florida’s Space Coast was a major naval warfare site during World War II, and American ships sank hundreds of attacking German U-Boats off the shore of Cape Canaveral. Cape Canaveral was also the site of the final naval battle of the American Revolution in 1783. You’ll find lots of historical exhibits and memorial sites in the area.

Living and Working in Cape Canaveral

Due to the close proximity to the military base on Cape Canaveral, the Kennedy Space Center, and Patrick Air Force Base, there are lots of military personnel living in the area. However, the area also has a booming tourism industry and easy access to lots of the natural beauty of Florida’s Space Coast.

One of the best things about living in Cape Canaveral is the easy access to natural beauty in the area. You can visit the Canaveral National Seashore, the Merritt Island National Wildlife Refuge, and the William Beardall Tosohatchee State Preserve, or learn more about the area’s history at the Brevard Museum of History and Natural Science or the Brevard Museum of Art and Science. Living in the area also offers easy access to the attractions of the Kennedy Space Center.

What to Expect Living in Cape Canaveral

Cape Canaveral and the surrounding area is one of the most popular tourist attractions in the country. If you decide to move to Cape Canaveral, you’re going to have an amazing variety of experiences with your neighbors and visitors to the area throughout the tourist season. The local economy is buzzing, full of great places to shop and fantastic eateries, and in the off-season, you can enjoy the lazy beach living vibe of the Florida coast. Even in the fall and winter, the weather is gorgeous in Cape Canaveral. If the idea of living by the beach and being able to see rocket launches from your back porch appeals to you, Cape Canaveral could be the best place for you on the Space Coast.

What People Are Saying

Finally!!! This company and the people are definitely 5 star quality. Since having this management company we have had the best response time and property problem assessment immediately. They have several ways to reach them, an online portal, actual people answer the phone. They have access to quality repair companies that are equally as prompt and in many cases same day solutions no matter how big or small. I am just so grateful for this team

I love the services, experience, and professionalism from IGC. Troy takes care of my properties; the handyman does excellent work; the office staff takes care of everything for me. I’m expanding my investment portfolio, and I’ll be trusting all of the properties to be in great care with IGC Realty.

I recently signed up with IGC and have Troy as my property manager. I could not be happier. He had my property fixed up at a reasonable cost and it looks great. In addition, he found a renter within 2 weeks of when I called him and signed a lease at the target rent price I was hoping to get. Finally he has been extremely quick to respond whenever I have had questions along the way and I have had lots of questions! Thanks Troy. Appreciate all the work you’ve done

Troy and IGC are great to work with. He’s very responsive to any issues that arise and works hard for his owners, protecting their interests. His rates are reasonable too.

IGC Realty has really served our family 10+ yrs we enjoyed 3 properties own by them and they all suited our family with the comfort and security we were looking for, thanks for an awesome 10+yrs

Troy is an Outstanding person & Real Estate investor! I had the pleasure to work with Troy on a property in Poinciana FL and he was professional and courteous throughout the entire process. He was instrumental is preparing a solid contract for our Buyers. I would definitely recommend his services to my family & friends.

The team at IGC has been a great asset these past several years. Troy and his staff are always available and professional in every way. I would not hesitate to recommend them to any of my fellow investment property owners. In fact, if you’re having any difficulties with your current property management company, do yourself a big favor and give Troy a call.

IGC Realty has provided exceptional service in managing our properties. They respond right away and our properties are well maintained. Highly recommend them.

Troy was very knowledgeable and professional. Troy made himself available and worked with us at our convenience. Upon hiring him, he immediately began to get our property ready to put in the Rental Market. Troy kept us updated throughout the process and made recommendations as needed to enhance the process.
I highly recommend Troy Peterson and IGC for your home rental’s needs.

I had to fly cross country to meet with Troy. He was very professional and helped us work towards our goal as if it was his own property. Very impressed!

Troy has been very responsive in helping me deal with the issues created by a prior management company.

Thank so so much Troy for your outstanding performance. You are the greatest in property Management.

Very efficient and friendly throughout the entire process!

Troy Peterson and the team at IGC manage a property of mine in Melbourne. I vetted several property managers before selecting Troy. He has been excellent to work with. He and his wife have been in this business for several years. All aspects of the rental and management process are handled very professionally and promptly. I would highly recommend his services to anyone looking for a professional property manager.

If you change your mind about working with us, get a full refund of all management fees for up to 90 days. Cancel anytime for free.

If you're not completely satisfied with our service then you're free to cancel at any time. Of course...we'd prefer to make you happy though.

How We Manage Your Property

When you choose IGC Realty Rental Management, you receive an expert breakdown of rental price recommendations in your unit’s area. This helps to ensure you earn the highest possible rent as quickly as possible.

We advertise our rental units aggressively on top rental websites and the MLS to guarantee maximum digital exposure for your rental unit, helping you rent it faster.

Your life is busy, and managing showings can be one of the most time-consuming aspects of managing a rental property. We take care of it for you, offering flexible showing times and completely supervised showings with licensed agents every time.

We thoroughly screen every potential tenant who applies to your listed rental for employment verification, credit history, criminal record, and eviction and address history to ensure you find the best renters for your properties.

Once a suitable renter receives approval to rent your property, our team will handle all of the leasing paperwork and collect rental fees. We’ll also perform a thorough move-in inspection with the tenant.

IGC Realty Rental Management works with trusted vendors and service providers who can keep your rental unit in top condition at great prices. We can also coordinate with your preferred vendors for unit repairs, to assure you get the quality service you deserve.

We conduct routine inspections on a regular basis for every rental property we manage. This provides you with peace of mind knowing your tenants are taking care of your rental properties.

IGC Realty Rental Management makes renting easier for both property owners and their tenants. Both tenants and owners receive access to an easy and convenient online payment portal.

We keep detailed financial records and provide both monthly and year-end statements that clearly display all activity on your accounts with IGC Realty Rental Management.

We make it easy to keep track of all your leasing documents, monthly statements, and copies of all your original invoices in one convenient location in our intuitive Online Portal.

Our rates are reasonable for property owners, and our management fee is only 8% of your monthly rental price with a $75 minimum. When your property is vacant, you pay nothing for our management services

When you sign up for rental property management with us, our leasing fee is just 75% of one month’s rent, and this fee includes all of the marketing for your property and the MLS listing. The best part is that you pay nothing until your property is rented.